The Logistics Space Race: No Vacancy as Warehouse Demand Soars

The space race in logistics is in full force – without the rockets, that is – as record demand leads to a scramble for physical warehousing space amongst providers. Between 2019 and 2022, e-commerce almost doubled its global revenue to €5.8 trillion, bringing with it a massively increased need for warehouse capacity.

Such demand has led to a supply crunch for real estate typified by warehousing construction backlogs of up to 2 years. This bottleneck will likely remain for some time, though new solutions that go beyond warehousing automation promise to improve the outlook in the near future. 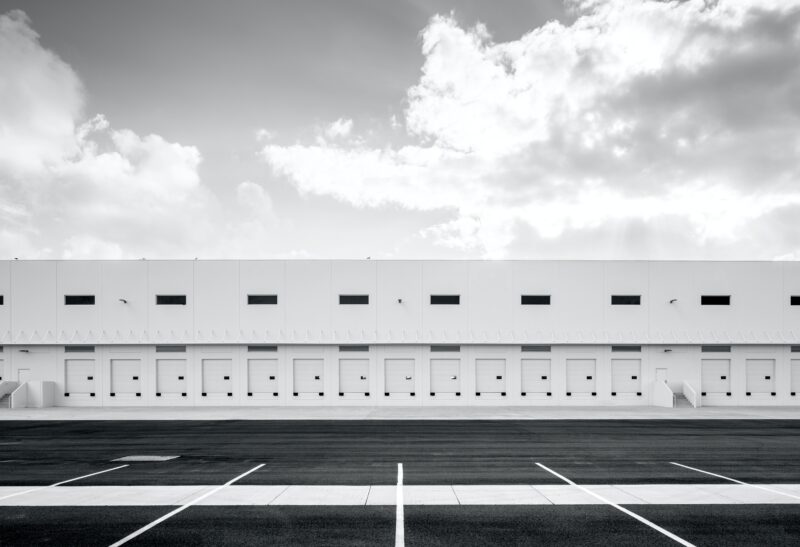 The cause of the huge logistics real estate hike

The great demand for logistics space is driven by a culmination of events. After a year of pandemic upheaval that led to record profits, even shipping firms are coming ashore for land-bound real estate. Logistics giant Maersk, for example, is using its cash reserves for billion Dollar mergers and acquisitions aimed at smoothing its onshore operations, adding to the overall demand. New grocery delivery companies are driving up real estate prices too as they snap up much-needed commercial property amid the ultrafast grocery delivery boom.

In Europe, industrial property was one of the best performing types of real estate in 2021, in a year that saw a record-breaking €111 billion real estate transaction volume. Investment banking giant Goldman & Sachs has heeded the call and joined the ‘space race’ with a more than €1 billion investment in warehousing developments, in Spain and Portugal, announced in October. Earlier this month, in January of 2022, real estate owner CBRE Investment Management announced it had agreed to buy €4.3 billion worth of warehousing real estate in Germany, the U.K., Poland, and in the U.S. The bet on continued e-commerce growth underlying much of this investment clearly feels like a safe one considering the figures that indicate how much space per e-commerce revenue is required. How much is that, exactly?

The capacity crunch will remain until at least 2023

According to U.S. government data, the average warehouse is 1,520 square meters in size. Although things typically come in XL sizes across the ocean, at this particular average, more than 11,400 new warehouses would be required in Europe in five years: 44 per week. At this rate of demand, it comes as little surprise that nearly every existing square meter is being put to use: vacancy rates in Europe were at a record low of 5% in 2021. This squares away with roughly 30,000 total new warehouses projected globally between 2020 and 2025. 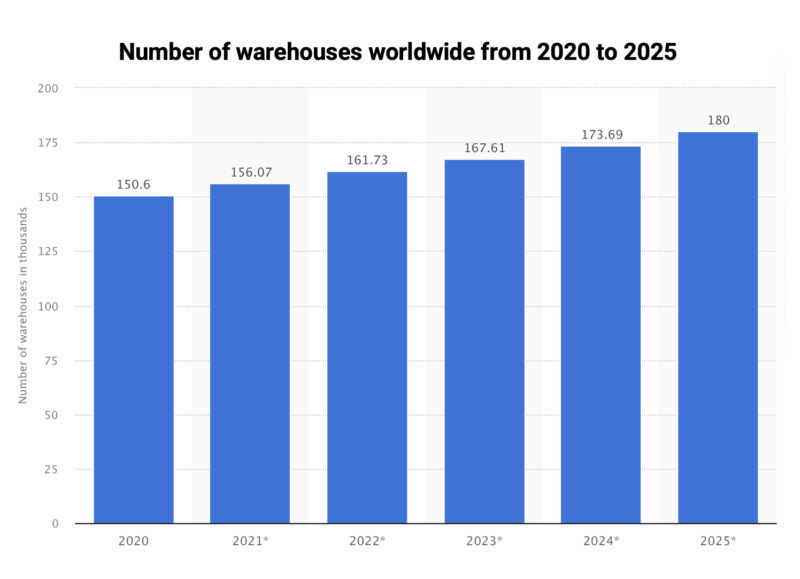 In Germany, the take-up of logistics real estate grew from approximately 4 million square meters in 2010 to 6.6 million square meters by 2020, showing an average annual growth rate of 5.1%. Building activity has more than doubled in that time, but it’s still trailing behind the immense demand due to problems such as available land shortages, strict planning permission, and rent increases in the country’s big five cities. A massive bottleneck is forming in warehousing real estate. This begs the question of whether more of the same sort of space is always the answer. Longer-term, the use of existing warehouse space or altogether different models will reshape how the ongoing demand will be addressed.

While cash-heavy industry leaders, including Amazon, join the bidding frenzy for logistics real estate out of necessity, they and other firms are also quietly investing in alternative solutions. Softbank, for example, recently invested €2.5 billion in Norwegian warehouse automation specialist AutoStore, in a bid to improve warehouse utilization rates amid the capacity crunch. Real estate giant Prologis, meanwhile, is putting money in property technology (also referred to as proptech) solutions in an attempt to find a way around the crunch. The company recently announced that it is investing heavily in on-demand warehousing solutions as well as in multistory facilities, having built the first multi-level warehouse in the U.S. in 2018.

Other companies are going for a more radical approach. REEF Technology, for example, is transforming urban car parks to create on-demand last-mile delivery spaces. The company recently raised €621 million from SoftBank and other investors. British firm Magway, meanwhile, wants to build a network of traffic-bypassing underground tunnels that it says would allow it to make up to 600 million deliveries a year at the same time as greatly reducing the need for warehousing in urban areas. These types of innovations, alongside ongoing construction efforts, will help to greatly ease the problem at pressure points and reduce the impact of the warehouse capacity crunch.