Some people are women. Get used to it!

Female Future Force Day 2018 - a women's event with the tagline “a festival for new perspectives. For your career. Your future. And life.” Where do we stand on women's empowerment?

Let’s be honest, not everyone is as excited about women’s empowerment as the attendees of the event were! The truth is, is that regardless of the fact that many companies and government agencies are working towards having gender equality quotas and are displaying “diversity” in their teams, there is a clear notion, that we are a long way from equality. Not everyone sees women’s empowerment as a positive. If it were so, we wouldn’t still be discussing it in a closed circle of ca. 3.500 power-women who attended Female Future Force Day (FFFd).

Things won’t magically change. For things to be different, our society as a whole needs to actively endorse an actual improvement! As explained in the panel discussion regarding why there isn’t a woman CEO in DAX 30 companies – a quota alone isn’t going to make a change either, but it’s a start! Katarina Barley, the German Minister of Justice and Consumer Protection, explained through a wonderful anecdote that if you have a council of 10 men, and suddenly a 30% women’s quota is announced, then these 10 men will be bothered. And they will most likely try to get rid of the the “disturbance”. But what the quota will help achieve, is that even if the first women are shunned, there will be 3 new ones! Until it becomes a recognised standard that women are to be expected in all positions. It’s like how the lgbtq community has been saying for decades: “We’re here. We’re queer. Get used to it!”. Women’s empowerment should be signalising that as well. 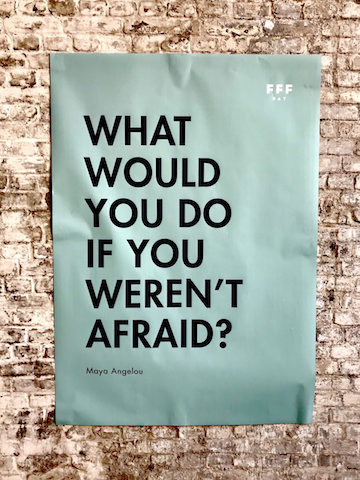 Coach and consultant Heidi Stopper talked about how she ambitiously entered into new arenas throughout her life and career! It was her mission to prove to herself that she can do whatever she likes and nobody can tell her otherwise. Her message was clear: for our society to get used to having women in C-level positions is only possible if women start applying for these positions! She discussed the illusion that a lot of women sadly carry in their heads: the idea of not being good enough, not having enough qualifications, or the misconception of the inability to do a job because of xx chromosomes. It is time to let that illusion go. Unless one purposely wants to sabotage their chances for success. The key according to Stopper is to know what you are good at, and then find jobs where you can further develop those skills and learn new things at the same time. Or to put it more simply: if you think you can, and you really want to, then you can do any job!

Apply for positions based on your strengths, and work on your weaknesses every chance you get! 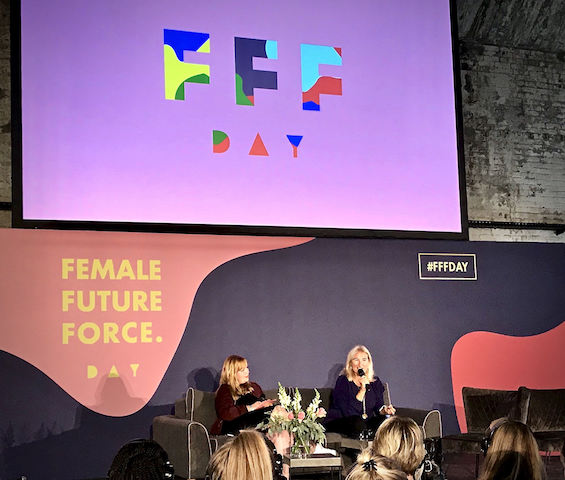 Heidi Stopper on stage at FFFd.

Often enough I hear my peers talk about not being good enough. And it keeps them from doing great things. Just like stereotypes do. FFFd wasn’t only about female empowerment, it was more about the mentality of getting s*** done in general! One of the things that needs to get done is to stop stigmatizing what it means to be a woman and stop empowering ourselves in closed circles. The best way to be empowered in my opinion is to really show talent and skills in your position, and really go for the job /life/reality you desire. As a woman working in company building and logistics, where one rarely sees women, I am on the path of finding women who want to build their businesses with us! Because as said in the beginning, the only way to make change happen is to actively do something! 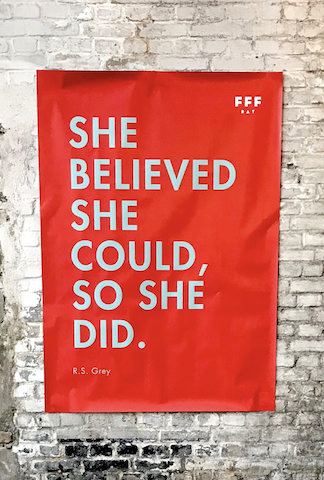 As a woman, I am proud of the 3.500 women (and a few men) who attended the event! Also I am proud that professionals were on stage to discuss relevant questions when it comes to women’s empowerment and it’s issues in 2018. On the other hand, I left the conference with a bittersweet taste in my mouth.

The question I asked myself was: why is it, that empowered women in 2018 in Berlin still get handed the most stereotypical goodie bag ever? Well the answer is pretty simple in my opinion – it’s hard to let go of stereotypes, even if we dislike them! Why am I so hung up on the goodie bag? Well.. it entailed a compact mirror, red nail polish, some glitter cream and some other products, mostly to do with appearance enhancement.

It’s hard to let go of stereotypes, even if we dislike them.

Now let me be clear, I completely support women who wear nail-polish, makeup and the occasional glitter! But to be frank, I can’t make use any of these things. And I don’t agree with the fact that the expectation is that the majority of attendees can. I’m sure that most women won’t agree with being put into that box. Woman = slender, dolled up, and always looking for the next best beauty product.

If we don’t want others to put us in a box, we shouldn’t do it to our own kind either! 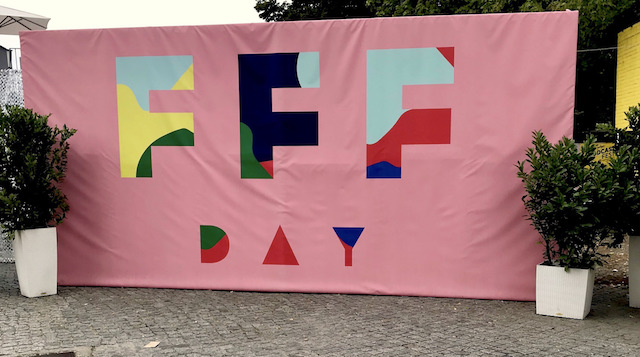 I was excited to take part in FFFday and there were some great talks and interviews. Getting about 3.500 women to show up and empower each other is a powerful thing. Get men to join just as enthusiastically and have companies sponsor the event with eagerness is a lot harder. Not everyone is as excited about women’s empowerment as all the wonderful attendees at the event. But it’s a start! And if we want to see a positive change in the future, a collaboration to achieve that goal is the only way to go.