Do Logistics Fleets Hold the Key to Unlocking the Hydrogen Fuel Cell?

With governments amping up regulations aimed at phasing out internal combustion vehicles in favor of sustainable alternatives, the debate over electric and hydrogen vehicles has intensified, with large automakers weighing in and stating their allegiances with bold statements.

Although Tesla CEO – and PR puppetmaster – Elon Musk called the idea of hydrogen cars “mind-bogglingly stupid,” firms such as BMW and Toyota are showing their faith in hydrogen by developing fuel cell vehicles for the first half of the 2020s. What’s more, the logistics industry is serving as a great test-bed for hydrogen technologies, as last-mile deliveries and factory vehicles are increasingly powered by the overly abundant resource. 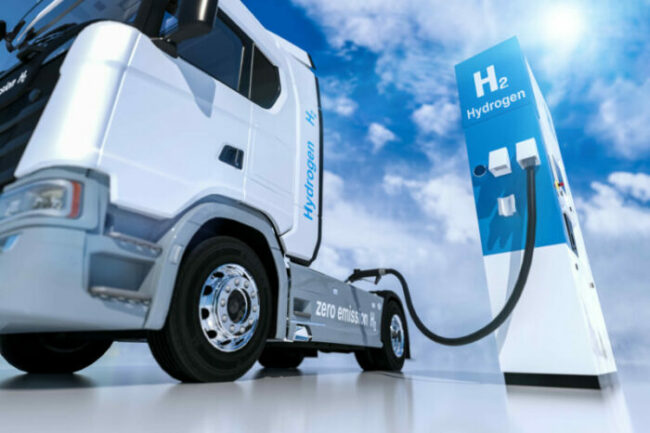 Large firms are turning to hydrogen to power their logistics vehicles, in a move that frames logistics fleets as gateways to wider fuel cell vehicle adoption. The BMW Group, for example, announced last month that it will expand its fleet of hydrogen-fueled factory tractors and forklifts in its Leipzig plant to over a hundred units, meaning it will have the largest hydrogen-fueled logistics fleet in Germany.

In Switzerland, Nespresso is operating its first hydrogen-fueled delivery truck, and it has pledged to add five more of the vehicles as part of its commitment to go carbon neutral. In Japan, meanwhile, a whole supply chain is being built around the transport of hydrogen itself, as part of its wider hydrogen strategy – touted by former Executive Director of the International Energy Agency Nobuo Tanaka as the new “golden age of hydrogen.”

Last-mile logistics fleets, along with municipal vehicle fleets, however, are operated by organizations that can afford to operate their own, network-independent hydrogen fueling stations. This may prove to be the key to testing hydrogen-fueled vehicles at a larger scale although a spillover effect to commercial deployment is still far from guaranteed as a knock-on effect.

As a new report by the World Economic Forum points out, without intervention, urban last-mile emissions are set to increase by over 30% by 2030 in the top 100 cities worldwide, reaching 25 million tons of CO2. The same sentiment is echoed around the booming segment of local micro-fulfillment centers where emissions could be lowered between 17 and 26% through 2025, based on the collaboration of the ecosystem on initiatives such as incorporating green hydrogen and electric vehicles.

The build-out of refueling networks is riddled with complexity and costs. This is because hydrogen needs to be stored as either gas, in high-pressure tanks, or as liquid, at extremely cold temperatures so as to avoid falling below its boiling point (−252.8°C). The implications of the infrastructural component of hydrogen refueling station build-out reveal weaknesses at basically every juncture. These range from technical and systemic inefficiencies to incompatibility with existing networks, high CAPEX requirements for required build or retrofitting as well as high-risk business models revealing lengthy cash gaps of over 10 years on investment returns.

Needless to say, this makes the development of a large-scale hydrogen station infrastructure much more difficult compared to EV charging networks, which can simply connect to the existing electricity grid in a far more decentralized manner. This is where logistics organizations, with access to stand-alone refueling stations for large hydrogen fleets, can act as a testing bed for wide-scale fuel cell vehicle adoption.

Despite Elon Musk’s assertion that “hydrogen is a staggeringly dumb form of energy storage for cars,” Toyota recently broke a world record by driving its Mirai car over 1,000 km on a single fill of hydrogen – highlighting its superior range autonomy. BMW also announced a hydrogen fuel cell SUV, slated for 2022, no doubt using data from its logistics fleet for the benefit of its new vehicle’s production. New technologies, such as a modular hydrogen truck skateboard by Gaussin also stand to make hydrogen vehicles more adaptable to different use cases and, by extension, more accessible.

Though it’s clear that hydrogen vehicles are currently taking a back seat compared to commercial electric battery vehicles, the logistics industry’s recent hydrogen uptake may signal a future in which electric cars compete with hydrogen cars, rather than one in which they both fight for mind share in a world powered by internal combustion engines.