Back on the Rails: Is this the Arrival of the Freight Train Moment?

Today, the phrase “rail revolution” is employed rather casually when it comes to hi-tech innovations related to AI and magnetic levitation making the headlines. Beneath the excitement of the new, a quiet expansion of the old and familiar is taking place. Spurred on by climate goals and geopolitical infrastructure projects, recent price distortions in shipping have cast a new light on how rail freight is finding renewed relevance. 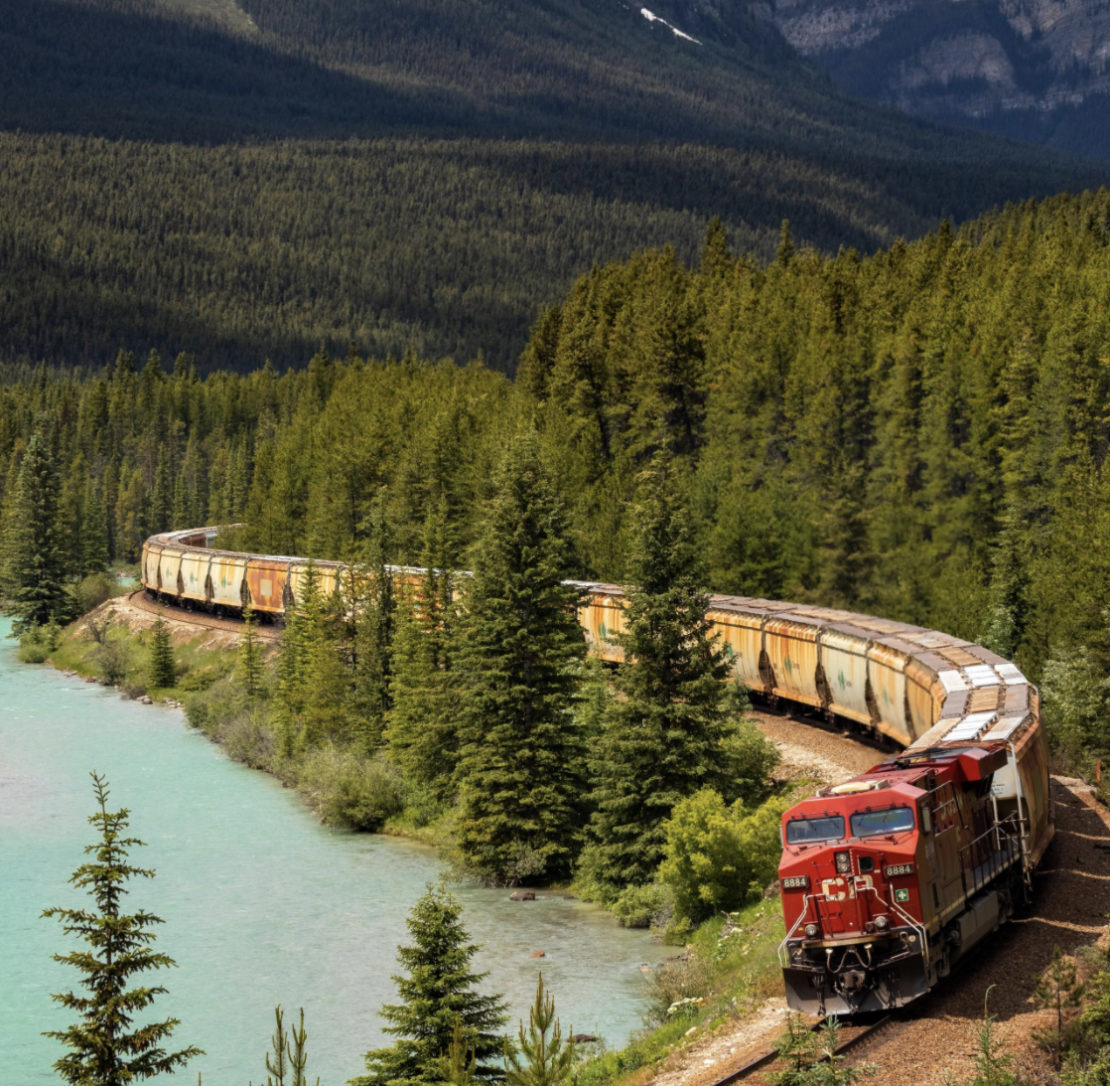 What’s Causing the Shift to Rail?

The ongoing supply chain crunch has led to unprecedented delays and a sharp rise in the cost of shipments. In a January interview with CNBC, Mark Yeager, CEO of Redwood Logistics, cited a 300% rise in shipping costs due to the pandemic. In a social media post to customers, Ikea’s Singapore operations recently referred to the situation and the delays it was causing as a “global transport crisis”.

Further compounding the global logistics problem, road transportation is struggling to meet demand as well. Trucking rates have soared by 12% year-on-year in the US. In Europe, a 17% driver shortfall is predicted later this year which will add pressure on trucking rates on the Old Continent too.

In comparison, rail freight costs have been resilient and remained relatively low. Earlier this month, logistics giant Nippon Express launched a new regular service from Suzhou, in eastern China, to a series of European destinations. Every Sunday, a train will depart to Europe, stopping in Malaszewicze, Poland, and the German nodes of Hamburg and Duisburg. The company says the service was started to meet customer needs amidst a sharp boost in demand for international rail transport.

According to a 2020 Research and Markets report, “the shift to rail freight [is] a supply chain advantage” due to its relatively stable, low prices. Yet, cost is just one of several reasons rail freight is turning into a supply chain advantage for businesses; speed is another. Shipping goods door-to-door from China to Europe by rail typically takes about 25 days — just 60% of the time it typically takes by sea.

A shift in favor of rail freight was also helped by the pandemic. Freight trains between China and Europe increased by 15% to 1,941 and the number of containers transported by 18% to 174,000 in the first quarter of 2020 (Source). Underlying the infrastructural build-out necessary for rail freight expansion is China’s Belt and Road initiative, which promises to further incentivize rail investment with its goal of boosting trade between itself and Europe.

Post-pandemic, the outlook for rail is expected to remain bright. Between the 80% increase in train payloads over the last decade and the resulting cost reductions, there is further incentive for investment in rail infrastructure and build-out of networks, both internationally and regionally. 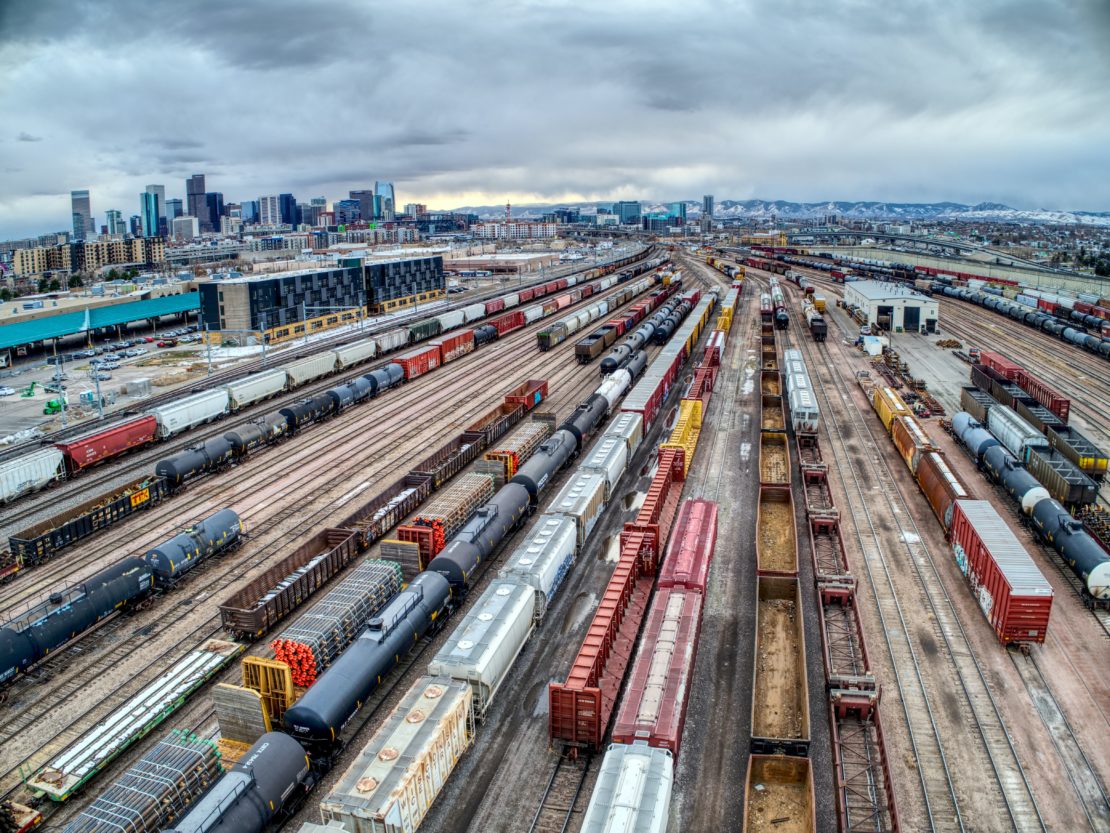 There’s another reason governments will likely continue to invest in rail: sustainability. In the US, the transportation sector is the biggest source of greenhouse gas emissions – against the global and European trend where energy consumption typically tops the list. Rail is responsible for only 2% of the sector’s emissions, despite accounting for approximately 40% of U.S. long-distance freight volume. Estimates also suggest that moving an equivalent of freight by rail instead of by road would reduce emissions by up to 75%.

In Europe, the continent’s current modal split of 75% road freight, 18% rail freight, and 7% inland waterways is seen as an unsustainable scenario that will increase annual CO2 emissions by 80 million tons by 2030. Shifting this modal split to 30% rail would result in an overall reduction in CO2 emissions of 290 million tons. In other words, extensive shifts in favor of rail freight are needed to help ensure the EU’s goal of reaching targets set out by the 2030 Paris Agreement remains on track.

Are Startups Coming Aboard?

If the logistics industry as such seems like a conservative space when it comes to innovation, the rail freight sub-segment may seem entirely behind the times. Centralized market environments with state-owned operators requiring significant capital expenditure on infrastructure to move the needle are not what would typically constitute a landscape for startups to thrive.

Nonetheless, startups are beginning to play a noticeable role. Companies such as Dutch software developer Semiotic Labs aim to improve rail efficiency with the help of algorithms, bringing predictive maintenance know-how to rail tech to avoid costly downtime. Meanwhile, companies like Neuron Soundware and Konux are using artificial intelligence to detect malfunctioning track and train components via soundwaves and sensors. Adjacent innovations to enhance sustainability through rail include the efforts of startup ReVibe Energy, which transforms rail vibrations into electricity.

With over 700 rail startups worldwide tackling problems ranging from rail delays, track obstacles, and capacity management, these examples are just a handful of the ventures looking to – perhaps not reinvent systematically so much as to rethink the efficiencies of a sector.